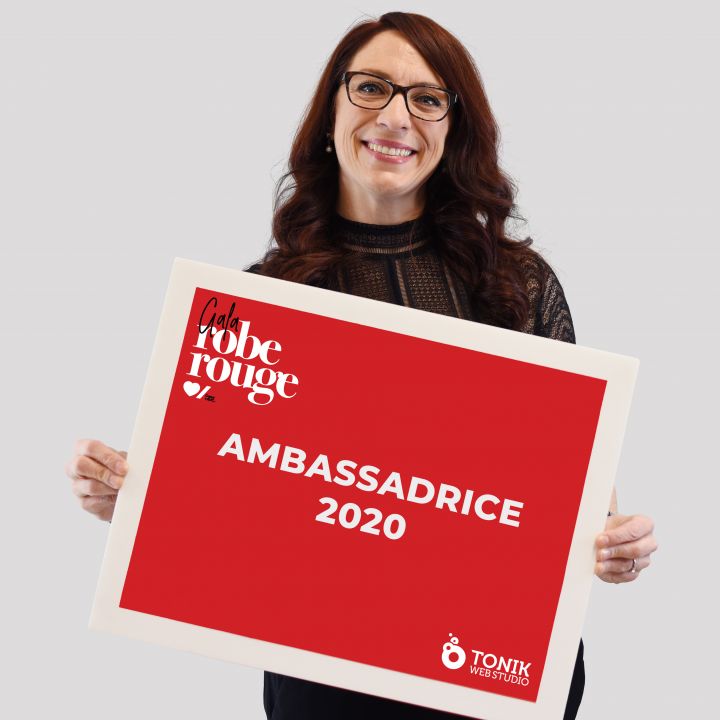 Susy Barre, a 46-year-old beautiful lady, mother of two grown-up boys and step-mom of a handsome young man, and a daughter.  She is full of life and is engaged to a wonderful man who will be her husband in February 2021.

Susy agreed, for a second year in a row, to honor the role of ambassador of the Red Dress Gala. She decided to embark on this beautiful and crazy adventure again and again in honor of the courage and resilience of our honorary ambassador, and her good friend, Nadia Dubé, who suffered a severe stroke 6 years ago.

This year, she also does so in honor and memory of a special man who left too soon after a severe stroke in September 2019, Mr. Michel Bigras, dad of one of her precious friend, Julie. She is committed to this cause once again because she knows that together we can make a difference and take action to change things.